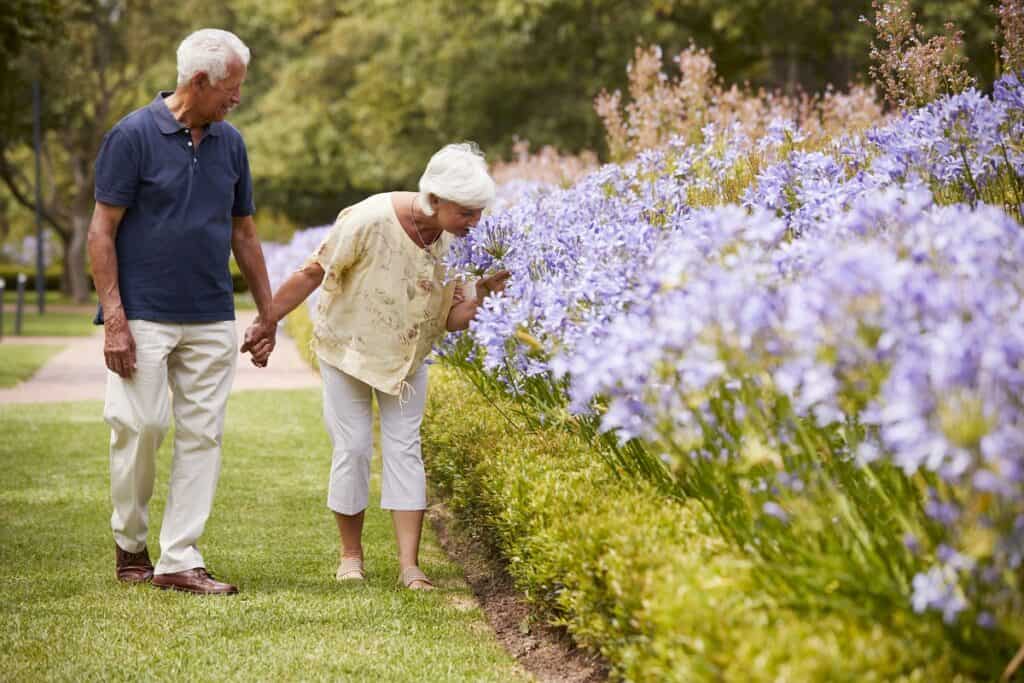 Can exposure to nature really reduce stress and boost your mood? We look at the effects of green space exposure and what research says about ecotherapy.

When many of us feel stressed, angry, or upset, we go for walks to “clear our heads.” There’s some truth to this idea that being outside in nature can help alleviate stress and help you refocus.

Over the last decade, researchers have been taking a closer look at nature therapy and its effectiveness. You may have experienced the stress-relieving effects of a walk first-hand, but how can nature reduce stress? Can a lack of nature exposure affect our mental health?

In today’s modern world, most people – both adults and children – spend the vast majority of their time indoors and in front of screens. They’re trading green, natural spaces for smartphones, computers, and televisions.

Researchers believe that screen-based entertainment is at least partly to blame for the decline in outdoor recreation over the last two decades. Natural site visits are down as much as 50% in some places.

Excessive screen time has been a known problem for several years now, but new research studies are finding that time in front of the television, smartphone, or computer isn’t just something you do when you’re depressed – quite the opposite. Screen time is actually a risk factor for mental health disorders.

In other words, your online gaming and social media habits may be contributing to anxiety, depression, and other mental health issues.

A big part of the problem is that excessive screen time leads to media and information overload, leading to more severe health issues.

One question that researchers still haven’t answered is this:

How much of an impact is our disconnect with nature having on our mental health?

Can the Simple Act of Viewing Nature Images Reduce Stress?

We know that spending more time in front of a screen and less time in nature can contribute to depression, anxiety, and other mental disorders.

But what about looking at nature photos? Can a simple act of just looking at forests, rivers, and oceans through a camera lens be enough to reduce stress? Possibly.

More than three decades ago, scientist Roger S. Ulrich wanted to see if looking at photos of nature had any impact on cognitive performance. His early studies found that students who viewed photographs of nature scenes just before an exam were less anxious and had a more positive outlook.

Ulrich was the first person to evaluate brain wave activity while participants look at nature photos, and his readings found that simply looking at vegetation-rich scenes of nature reduced anxiety.

Since then, Ulrich’s findings have been somewhat validated. Research has shown that viewing nature scenes can help you feel more relaxed and even reduce muscle tension.

Korean studies have shown that viewing nature scenes increased activity in areas of the brain associated with empathy and altruism. Activity in these areas is also associated with a positive mindset and emotional stability.

In those same studies, participants had an aversive reaction to pictures of urban scenes.

Other studies from Japan look at the effects of forest bathing or forest medicine, known in Japanese as “shinrin-yoku.” Forest bathing is the simple act of walking through a forest or taking time for contemplation in a natural setting.

These studies, which included more than 1,000 participants across more than 24 forests, found that spending time in a forest can help lower your heart rate, blood pressure, and cortisol levels. It may also help improve immune function and put your mind into a more relaxed state.

Research supports the claim that walking in nature or simply viewing scenes of nature can help reduce stress and put you in a more relaxed state of mind.

How Nature Can Improve Mental Clarity and Focus

Being in nature or looking at nature may help you feel calmer, but it offers other benefits as well. New research also suggests that viewing nature or performing activities in a natural setting can help improve focus and attention.

In one study, researchers showed either nature or urban scenes to mentally fatigued participants. The people who viewed photos of forests, mountains, rivers, and other natural settings performed mentally demanding tasks with a faster reaction time and greater accuracy compared to the group that viewed urban scenes.

In other research, the same concept was put to the test. Participants went for a long walk in either a park or a city street, instead of viewing photos of nature. The group that walked through the park performed better overall on cognitive tests.

What’s interesting about this particular study is that the participants had better performance without any changes to their mood per se. So, nature’s focus-enhancing effects may not necessarily be linked to its mood-boosting effects.

This theory was put to the test in one European study, which used aerial photography and the results of standardized tests to see whether natural settings had any effect on performance.

How Nature Helps Attention and Focus

Virtual nature viewing doesn’t appear to have the same effect as live nature views, although one study found that viewing nature on a plasma TV was better for attention and focus than viewing a blank wall.

The results showed that schools with play areas near trees, hills, and shrubs were less likely to have attention issues. And this finding was not associated with the children’s socio-economic status.

The idea that nature helps improve focus and attention isn’t a new one. In fact, more than a decade ago, researchers in the U.S. connected outdoor nature activities with reduced ADHD symptoms. Green, open play spaces were associated with milder ADHD symptoms compared to indoor, windowless play areas.

Nature appears to have a very beneficial effect on our mood, outlook, and anxiety levels. Could these same benefits extend psychotherapy?

Researchers have speculated that counseling, when performed in a natural setting, may offer some advantages over in-office counseling sessions. Talking in an organic environment can help to reduce the pressure and anxiety of a traditional office setting.

While some clients may prefer the safe, secure setting of an office for others this can be very intimidating. The shared ownership of the outdoor space can help put these clients at ease.

The idea that humans are connected to nature and reliant on it for mental health is the basis of what’s known as ecotherapy. Ecotherapy incorporates natural activities, such as nature meditation, animal-assisted therapy, and outdoor exercise, into counseling sessions.

But does it work? The research shows that nature can be helpful in psychotherapy both directly and indirectly.

In one study, patients with moderate to severe depression attended weekly cognitive behavioral therapy sessions in either a forest or hospital setting. The patients in the forest group showed significantly fewer symptoms of depression compared to the hospital group. They were also less stressed. Their cortisol levels were lower, and their heart rate variability improved.

Research out of Japan has found that working hands-on with plants can put the brain into a more relaxed state, reduce muscle tension and even reduce the perception of fatigue.

Improve Your Mood Through the Use of Green Space

Research shows that green spaces can help improve our moods, reduce anxiety, help us focus, and even help with depression.

Green neighborhoods within urban environments have been linked to greater life satisfaction. Living close to a green area may help reduce the negative effects of stress. Living far away from green spaces, on the other hand, has been associated with higher levels of stress and poor general health.

Can Being Closer to Nature Increase Your Lifespan?

Research supports the idea that there are many health benefits of exposure to nature. Can these benefits increase your lifespan? Potentially.

Chinese researchers also found a link between gardens, parks, and green areas and lower risks of death. Similar results have been found by researchers in the U.S. and the UK.

Urban environments are rapidly expanding across the world. As social creatures, it makes sense for humans to gravitate towards these crowded, built areas.

But there are also concerns about the effects of disconnecting from nature. Urban dwellers are far more likely to suffer from anxiety, depression, and schizophrenia.

When you consider all of the research we’ve discussed, green spaces may become a necessity for mental health. 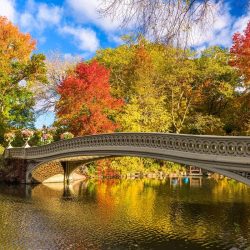 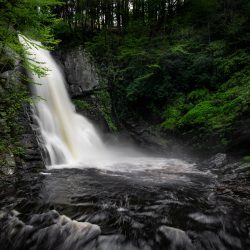 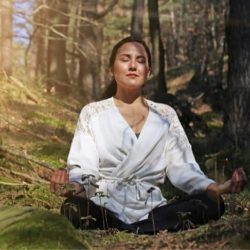